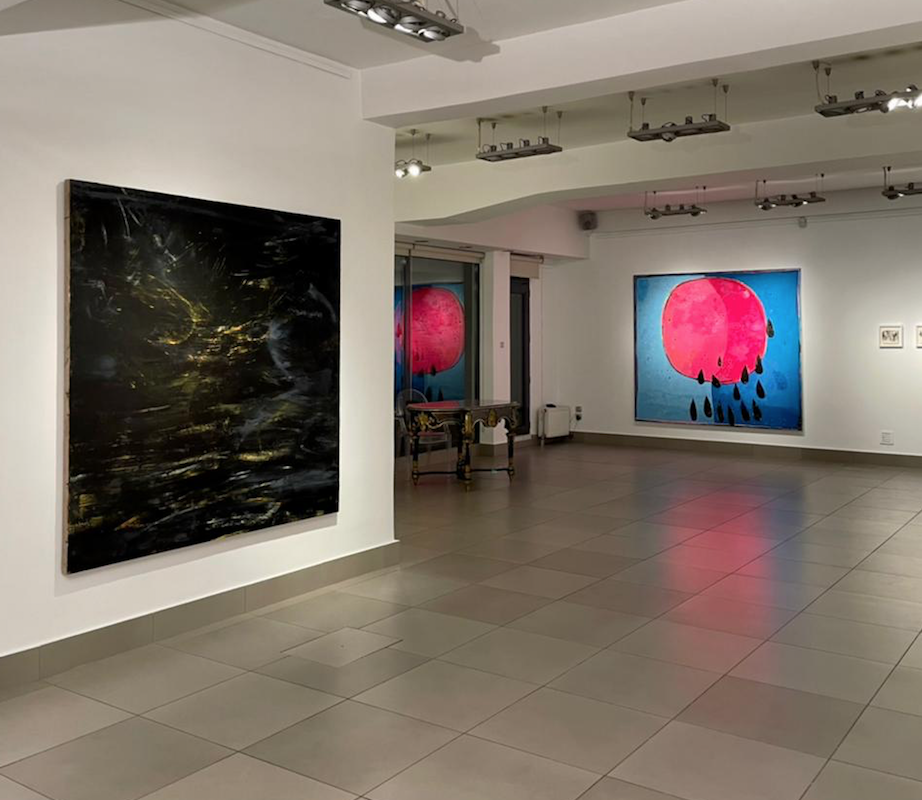 ‘A Grammar of Gestures’ is an international painting exhibition. Human figures, animals, or elements of landscape appear in the works on display, but these motifs present themselves neither in a singular, unambiguous way, nor as a hard subject matter. Rather, the center of attention is on the dynamics of shapes, on the ability of forms to flip and change appearance while you are looking at them. This shifting has to do with the way the motifs are executed, with the grammar of painterly gestures that is involved in the conception of the works.

For David Benforado (image left) the canvas is both a possibility to evoke a landscape as a surface that reflects an inner state of being, and a panel of thoughts. What appears to be a night landscape might change into an internal view when reading the title of the work ‘Ultrasound.’

Béatrice Dreux (image right) uses simple motifs like a moon, a cloud, or a rainbow, and from there, she develops the forms in a process of layering and detailed surface treatment until they gain an inner strength. For Dreux painting is a language in itself. When she paints, she is not aiming to tell a story, or make some statement about subject matter. Instead it is about texture, gesture, color, and form, and how these elements together on the canvas speak to us directly.

“A Grammar of Gestures” is on view till 18 March 2022 at Kourd Gallery in Athens. With Maria Capelo, Mark Lammert, Michael Markwick, Beatrice Dreux and David Benforado.