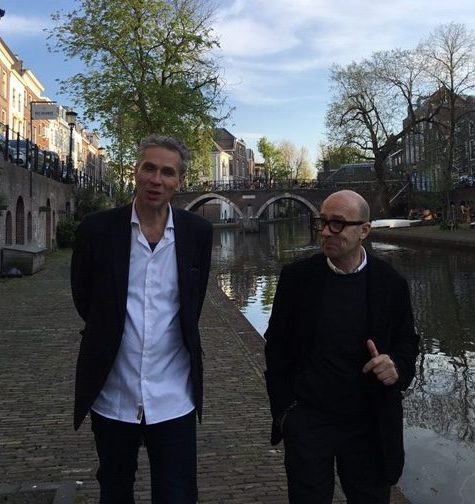 Recently I came to visit Bernard Frize in his studio in Berlin to record with him a conversation. We had a vivid talk about ways to paint, and about the balance between concept, method and the visual pleasure of painting. Yet, after some weeks, it turned out, the camera person had not succeeded in recording the sound well. What was said in that conversation, at least for the moment, remains in the air. Just like what was said when I walked with the artist along a Dutch canal (photo).

Years earlier, I spoke about Frize’s work in Berlin at the Akademie der Künste, where he was awarded the Käthe Kollwitz Price. The Akademie recorded the talk sucsefully, and shared it online. So until the recent studio talk is recovered, you can hear some reflections on Bernards works, and the nature of expression, in this audio file.